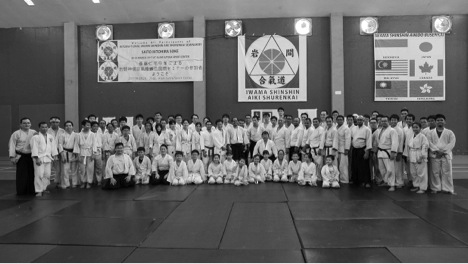 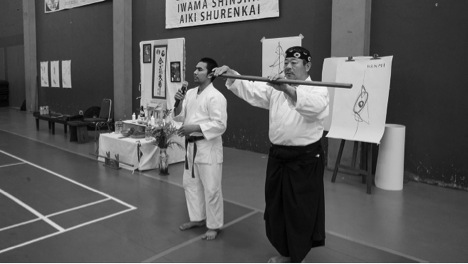 Saito Sensei started the 1st day koshukai with bukiwaza, in which sensei gave detailed explanation on the importance of basic ken gamae and ken no suburi. Furthermore, Saito sensei also cover step-by-step ken no awase and its connection with kumitachi. 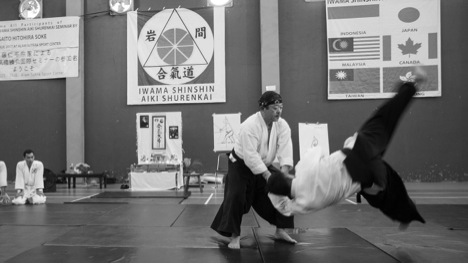 Fundamental techniques such as tai no henko, morote dori kokyu nage, shomenuchi ikkyo marks our second day of koshukai. The training proceeds with kotegaeshi, shihonage and iriminage. The main message that Sensei tries to convey is the importance of keeping shite’s balance while breaking uke’s balance so as to seize the techniques’ momentum. 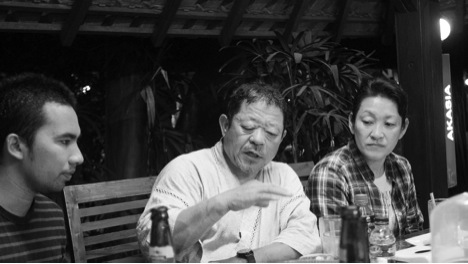 During our dinner, sensei explains how aikido training should be treated similarly as spiritual training. The purpose of spiritual training is to cleanse our body and soul; the same should be applied to Aikido training. It is therefore important to train every step entailed in the kihon-waza, down to the point where it gets into your bones. Last but not least, sensei also said that the ultimate purpose of our Aikido training is to unite people, regardless of religions and race. 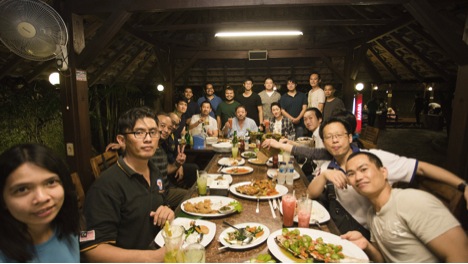 Thank you sensei for the teaching!
Arigatou gozaimashita Sensei!